As I write this fire works are whistling outside my window. It's around an hour and a half until midnight central time. So I'm literally teetering on the edge of one decade and the next.

I should take the time to talk about the many blessings of the past decade. The losses are where I'm still dwelling. I think I attended more funerals in the past ten years than I had in the previous forty.

But ten years as Mercy, well, almost, Mercy was created at the end of 2010 but born in January of 2011 with my first Mercy book Double Coverage. Prior to that I released two books under the pen name Emjai Colbert, which is my initials and my real last name. Sunny with a Chance was my second published story, in January of 2010 with Ellora's Cave. And going back to 2005 I published Through the Ghost also with Ellora's Cave.

Since Sunny in 2010 I have written 29 novels or novellas. In ten short years I published 31 novels or novellas, counting Sunny. One of those books was banned from all seller markets, and I pulled one from publication with no desire to republish it.

I guess all the 2010's was a pretty good decade for me creatively. I achieved my childhood dream. Not many people ever get the chance to call themselves a best selling author, or award winning. I can. I wrote 29 books in ten years. And that is a fucking miracle right there.

But now, I'm on that ledge between what once was, and what could be... and I have no clue as to what the hell I'm doing.

So, let's just get on with it. 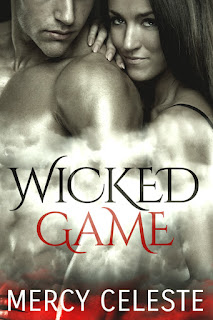 What I know I'm going to do:

I just uploaded a 2020 update to my first bestseller Wicked Game. Brand new edit. Brand new format. Brand new updated cover. Same story. And I've moved that page to the top row over there >>>>>>>>>>>>>
Next on my list to spruce up is Crazy from the Heat. Just like Wicked it's getting the whole treatment, new edit, new format, sparkling new cover. I should have it ready by February first, so if you've been holding off on that one, hold off a bit more.

Other books will be revised as I am able to afford new covers this year.

Right now, I have no plans to return any books to paperback. I simply can't afford to pay for the wrap cover much less to have the book formatted, because I can't do that on my own anymore.

What I know I'm NOT going to do: At least any time soon. 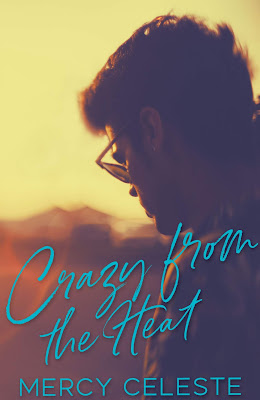 There will not be any sequels written to any existing book or series. I know, I know. But, both of those series ended with a Happy For Now ending... so, really, that's all there is in real life. Happy for Now.
My apologies if this offends anyone. I can't revisit those worlds.

And... I'm not going to publish anything new, at least in 2020. Not the traditional publishing way, anyway.

I have several things in progress that I'm not ready to talk about.

I'm going to focus on my other blog. I am trying to rebuild as a promoter of other people's books among other things over there.

I might re-open my patreon site and write taboo serials. I started a delicious fantasy twincest reminiscent of the bodice rippers of the 80's. And other things of that nature. Just flittery stuff I won't be able to publish anywhere.

I am essentially taking the next year off from serious publishing to figure my shit out... and find my joy again. I don't have any left.

For now, I'm wishing you the happiest of New Years and hoping the next decade is kind and gentle to us all.

Visit  The Other Side of Mercy to keep up with what's going on with me.

As always, you can find all but one of my books in the right sidebar. Just click on the cover to learn more about any of my books.

Updates in your Email